Did you hear? Farmers have less cancer overall than the general population.[1] Whew, that’s a relief! But wait, I knew that already. Nearly 10 years ago, the same U.S. Agricultural Health Study investigators reported that farmers, pesticide applicators and their spouses had cancer deficits compared to the general population and this was an update from five years before that.[2],[3]

So, is farming healthier than other jobs? As with most health questions, the answer is related to what farmers tend to do (keep physically active) and what they don’t (smoke cigarettes). This is on average, of course. Yet this trend isn’t limited to the United States. Studies in Australia,[4] Canada[5] and France[6] also reported lower cancer rates among farmers, which may be related to lifestyle as well.

With farmer cancer rates low around the world, why are studies still being done about them? It’s because farming does have unique exposures and health risks. Certainly, one of the most accepted carcinogenic exposures is to sunlight. Daily activities can also involve contact with heavy machinery, animal waste and soil micro-organisms. Yet, the use of pesticides to control weeds, bugs, rodents and fungi is a specific focus of many studies. Fortunately, our knowledge about pesticides is extensive and incorporates targeted studies that range from effects on cells to persistence in the environment to residue levels on our food. Increasingly, strict global regulations have reduced accidental misuse and protect farmers and their families.

Farmers select crop protection products based upon the pest – be it a weed, bug or mold – on a given crop and it may differ for each growing season. It’s no easy task to identify when, which and how much pesticides were used over time. We also know that cancer is not a single disease. Studies of farmers try to connect cancer diagnoses with certain products they used. All of these combinations are dizzying. Which are real concerns? Which are just random links? 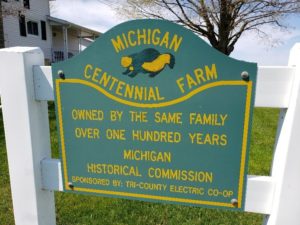 We saw this challenge play out in a recent publication about a type of cancer called non-Hodgkin lymphoma and a combined analysis of three very large studies.[7] An increase of a subtype, diffuse large B-cell lymphoma, was observed among Norwegian farmers but not in French or U.S. farmers. The authors provided no hypothesis or discussion; therefore, we are left to wonder if farming practices are different and/or hazardous exposures higher in Norway. Given several court cases questioning if glyphosate causes cancer, one might be tempted to assume there is a causal link if Norwegian farmers use more glyphosate than growers in other countries. However, glyphosate exposure in the Norway and France studies was based on crops grown, not on actual use of the herbicide. A better approach would have been to collect information from the farmers themselves, as was done in the United States, where a 2018 publication reported no exposure-response of diffuse large B-cell lymphoma and glyphosate.[8]

Our knowledge about pesticides is extensive and incorporates targeted studies that range from effects on cells to persistence in the environment to residue levels on our food. Increasingly, strict global regulations have reduced accidental misuse and protect farmers and their families.

My husband is the youngest of eight boys who grew up on a dairy farm in central Michigan. Proudly displayed in the front yard is a sign that the farm has been in the same family for more than 100 years.  This may seem quaint to my European friends, but for us in the New World, it’s a “big deal.” Sadly, the farm will soon be put up for sale. Currently, the barn is being dismantled and repurposed as floors and decorative beams for the home of one of the brothers. The stories and memories of the barn, farmhouse and land are many. They involve cats (dozens), pranks (many), card games (uncounted) and one very loyal dog (Max). Each son speaks with pride of the quality of the land and their dad’s legacy.

I compare these stories and my personal knowledge with recent misinformation on social media and even in scientific literature about toxins, chemicals, farm waste and cancer among farmers. Really? Where? Who are these farmers? Does living near or on a farm increase cancer risk? According to several large population studies around the world, not at all.

Carol J. Burns, M.P.H., Ph.D., is president of Burns Epidemiology Consulting, LLC in Sanford, Mich. She is a Fellow of the American College of Epidemiology.

Stewardship and Safety Go Glove in ...

The War Against Hunger

One response to “Farmers, Pesticides and Cancer”